The end of the Royal Navy Search and Rescue service - my verse isn't very good but someone needs to say it.

At RNAS Culdrose (HMS Seahawk), 771 NAS operated from the west side of the base, near the main road from Helston to The Lizard. Its Sea King SAR helicopters were a welcome sight in the skies over Cornwall and Devon. 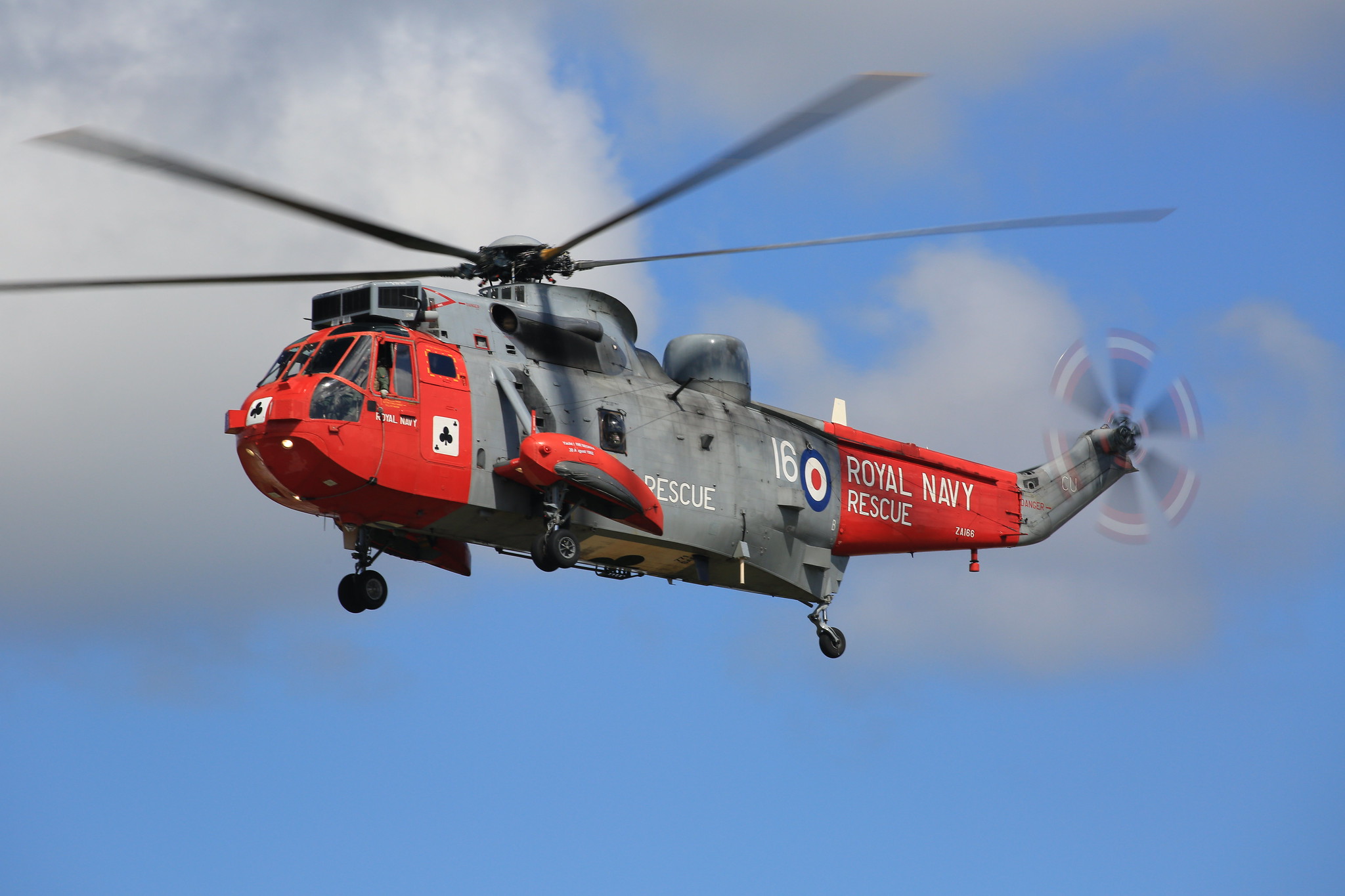 In the rough and in the night time
771's brave boys patrolled,
bringing safety and salvation
to those poor, imperilled souls.

They've done our Search and Rescue
'til January of sixteen.
The job's now gone to Bristows
and they all seem quite keen

to carry forth that blazing torch
(it must be quite a thrill).
Three cheers now for those Bristow crews;
they've got big boots to fill.

And so around our coast they flew
from Penzance to Lundy's Isles:
A final lap of honour, which
brought waves and beaming smiles.

The threshold of Three Six now quiet;
an engine hoist stands lone.
No sounds of tired maintainers
or the whining of those Gnomes.

The hangar's bare, the birds have flown,
no need for Sea King spares
and Westland's icon now has gone
to scrapheaps here and there.

The service lapsed, the crews have gone,
no aircraft for the role.
The training value of these flights
was worth its weight in gold.

We cannot have our Navy
doing jobs that could be paid
for from that Government Department,
that was the Board of Trade.

But Whitehall's full of Knaves and Fools
who've never known the need
to get our shot down aircrew back
from combat zones, at speed.

Let's hope our erstwhile cousins
have Jolly Greens enough to spare,
when hostile acts upon our crews
cause mayhem without care.